What is a pip?

What is a pip? 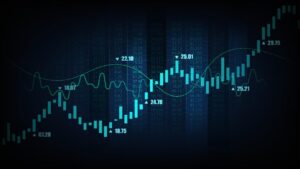 The Forex market (FX) is full of nomenclature that sounds like a completely new language to beginners. Words like pip, point, spread or tick can make an amateur dizzy. If you’re looking for an answer to the question of what a pip is, you’re in the right place. Once you’ve read the ebook, the pips won’t be scary to you anymore.

The first steps on a leveraged Forex market look very similar among young traders. Advertising on the Internet about the possibility of obtaining additional funds, online training, or encountering an article or book encourages you to make your first steps into the Forex market. Thanks to that, you begin your fascinating adventure and explore an unknown ground full of enigmatic concepts such as Forex pips, ticks and points.

How to understand a Forex pip?

When testing a Forex broker, one of the first steps you should do is to open a demo account. First of all, you’re gonna go through the process of installing the platform on your computer or a mobile device. After switching it on and checking its functionality, you’re naturally gonna pay attention to the list of instruments and changing prices. You’re gonna see that spreads on particular currency pairs on other instruments will be displayed in pips and the contract specification will tell you what is a pip and tick value. Let’s focus on what these values mean for you.

On the Forex market, you trade currency pairs. Why pairs? It’s quite simple – in order to buy a currency, the buyer has to sell another currency. That is why there are always pairs of currencies on the Forex market. Currency pairs are quoted in a single pip. The name “pip” stands for Percentage In Point. A pip is the fourth digit after the decimal point (0.0001). In the Forex market, 1 pip is the reference point for determining changes in the value of a currency pair. For currency pairs where the second currency in a pair is Japanese yen, the size of a single pip is set to two decimal places (0.01). One Japanese yen is indivisible, which means that the lowest value in the Japanese monetary system is one JPY, hence the need to reduce the value of pips to two decimal places.

In addition to the concept of a pip, an equally popular term is a Forex point. At this point, you are probably asking yourself the following question: What is the definition of a point? What is the base point? A point is so often found in the trader’s nomenclature that it can be considered as a pip.

It is true that for many years a pip has been the minimum possible change in a currency pair, which has started to create clear associations, and the pip itself has started to be associated with the same value as a point. However, as the Forex market developed, additional quotes were introduced, up to five decimal places. In the case of currency pairs quoted with Japanese yen, it will be the third decimal place. In this way, a single point began to determine the smallest possible change in the FX market.

In addition to point and pip values, a tick is also a common Forex term. What is a tick? Is a tick the same as a point or a pip? A tick is the value of the single smallest change of a price of a financial instrument. It was explained in the previous part of the ebook that the smallest possible change in the Forex market is one point, i.e. 1/10 pip. However, the Forex market is not the only market you trade and there is a wide range of different instruments available for you e.g. commodities, stocks or indices. Instruments outside the Forex market have their own minimum tick, by which the price can change.

A good example of using a ‘tick’ term is the regulated market – stock exchanges determine the tick value for a given instrument. For example, a futures contract on the S&P 500 index on the CME exchange has a tick size of 0.25 points. It means that when you’re trading SP500 contracts you don’t have to wait for the instrument to change by a full point.

As you already know what a pip, point and ticks are, you are probably wondering what spread is? What do pips and spreads have in common? When you’re about to make the trade, the first thing to notice in the order window of your trading platform are the two prices next to the instrument. The one on the left is called the bid price. The one on the right-hand side is called the ask price or the offer price.

What’s the definition of the bid and ask prices? Ask is the price at which you open a long position and close a short position. A bid is a price at which you open a short position or close a long position. What is the spread then? Spread is the difference between these two prices, ask price minus bid price. When trading Forex, one price is always used to open a position and the other one to close it, hence the understanding of what spread becomes crucial.