Naira – all you need to know about NGN

Naira – all you need to know about NGN 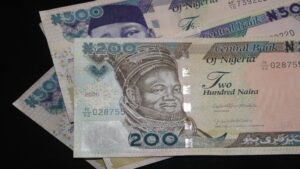 As the most populous country in Africa, Nigeria is known for its widely diverse population. The inhabitants of Nigeria include hundreds of different ethnic groups that speak dozens of languages. The single consistent currency system is one of the unifying elements that all residents of the nation share, and is a part of daily life that people from all regions of the country have in common. The currency is called Nigerian naira and it is subdivided into 100 kobo.

The Nigerian naira replaced the country’s use of the British pound in 1973. Pound to naira conversion was at a rate of 2 naira for every pound. The coins of the new currency were the first coins issued by an independent Nigeria, as all circulating coins of the Nigerian pound were all struck by the colonial government of the Federation of Nigeria in 1959, with the name of Queen Elizabeth II on the obverse.

There was a government plan to redenominate the naira at 1 new naira = 100 old naira in 2008 due to the inflation, but the plan was suspended – Nigerian’s president canceled this action. The rampant inflation wasn’t stopped, though. The Central Bank of Nigeria claimed that they attempted to control the annual inflation rate below 10%. In 2011, the CBN increased the key interest rate 6 times, rising from 6.25% to 12%. On the 31st of January 2012, the CBN decided to maintain the key interest rate at 12%, in order to reduce the impact of inflation due to reduction in fuel subsidies.

The name naira is simply a contraction of “Nigeria”. The subdivision kobo is named by a derivation of the English “copper”. The currency sign is ₦ and the ISO 4217 currency code is NGN. The US dollar is the most popular foreign exchange currency pair involving the naira, because Nigeria’s primary trading and investing partner is the United States. The naira currency has been pegged to the US dollar at various levels over the years. Right now, the USD/NGN exchange rate hovers near 381. That means it takes 381 NGN to buy one USD.

The Central Bank of Nigeria (CBN) is the sole issuer of legal tender money throughout the Nigerian Federation. It controls the volume of money supplied in the economy in order to ensure monetary and price stability. The Currency Operations Department of the CBN is in charge of currency management, through the designs, procurement, distribution/supply, processing, reissue and disposal/disintegration of bank notes and coins.

Naira currency coins are minted by the Nigerian Security Printing and Minting Company, with some currency also produced in overseas printing companies which serve as vendors to the Nigerian government. Coins currently seen as legal tender include:

These coins have been circulating since 2007. Of course, due to inflation, each coin has an extremely low value these days.

20 naira, as a result, became the first currency bearing the portrait of a Nigerian citizen – General Murtala Ramat Muhammad.

In 1991, a 50 naira banknote was introduced and it came with two nicknames. At first, it was known as Better Life and later it became popular as WAZOBIA, a linguistic blending of the word COME in Yoruba, Hausa and Igbo languages.

In 2019, the naira attained a landmark when for the first time, the banknotes featured the signature of a woman. Priscilla Ekwere Eleje, the Director of Currency operations of the Central Bank of Nigeria at the time, had the honor.

In 2007, the Nigerian naira banknotes were released in polymer. However, 5 years later, the Central Bank of Nigeria announced that it will no longer issue banknotes on polymer citing higher costs and environmental issues.

On the 1000 naira notes, there is a subtle shiny strip running down the back of the note. It is a shimmery gold colour showing 1000 naira. The triangular shape in the middle of the front of the note changes its colour from green to blue when tilted. The main feature on the front is the engraved portraits of Alhaji Aliyu Mai-Bornu and Dr Clement Isong, former governors of the Central Bank of Nigeria.