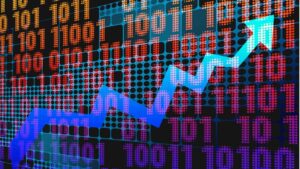 Moving averages are a common way for technical traders to begin the process of price analysis. It is often one of the first indicators that traders will add to their charts and will serve as a measure on its own or in comparison with other indicators. Moving averages are very useful at all time frames, so it doesn’t matter if you prefer scalping, day trading, swing trading or long term speculating – they will always be helpful. MA is a simple technical analysis tool that smooths out price data by creating a constantly updated average price. Because of it, it forms a trend following indicator. Traders can add just one moving average or have many different time frames on one chart. How does the moving average method in technical analysis work? What are the types of moving averages in technical analysis? How to use them in Forex, stock or commodity markets? Let’s find out below:

That said, moving average is a simple, technical analysis tool. MAs are usually calculated to identify the trend direction of a stock or to determine its support and resistance levels. It is a trend-following or lagging indicator because it is based on past prices. The longer the time period for the moving average, the greater the lag. So, a 200-day moving average will have a much greater degree of lag than a 20-day MA because it contains prices for the past 200 days. The 50-day and 200-day moving average figures for stocks are widely followed by investors and traders and are considered to be important trading signals.

Aw we have already explained the moving average meaning, let’s move on to the technical analysis with MA. There is no correct time frame to use when setting up your moving averages. The best way to figure out which one works best for you is to experiment with a number of different time periods until you find one that fits your strategy. Predicting trends in the stock market is not a simple process. While it is impossible to predict the future movement of a specific stock, using technical analysis and research can help you make better predictions.

The simplest form of a moving average is known as a Simple Moving Average (SMA). It is calculated by taking the arithmetic mean of a given set of values. In other words, a set of numbers (or prices in the case of financial instruments) are added together and then divided by the number of prices in the set. The formula for calculating the simple moving average of a security is as follows:

The second very popular form of a moving average is known as an Exponential Moving Average (EMA). It gives more weight to recent prices in an attempt to make it more responsive to new information. To calculate an EMA, you must first compute the simple moving average (SMA) over a particular time period. Next, you must calculate the multiplier for weighting the EMA (referred to as the “smoothing factor”), which typically follows the formula: [2 / (selected time period + 1)]. So, for a 20-day moving average, the multiplier would be [2 / (20+1)] = 0.0952. Then you use the smoothing factor combined with the previous EMA to arrive at the current value. The EMA thus gives a higher weighting to recent prices, while the SMA assigns equal weighting to all values. So, the Exponential Moving Average formula is a bit complicated:

As we have already explained how to use moving averages in technical analysis, let’s move on to the question which type of the MA is better in trading. The calculation for EMA puts more emphasis on the recent data points. Because of this, EMA is considered a weighted average calculation. In consequence, the EMA responds more quickly to the changing prices than the SMA. So, when the price is rising, the EMA has a higher value than the SMA, but the Exponential Moving Average also falls faster than the SMA when the price is declining. This responsiveness to price changes is the main reason why many traders prefer to use the EMA over the SMA.

Moving averages are calculated based on historical data, and nothing about the calculation is predictive in nature. Therefore, results using moving averages can be random. At times, the market seems to respect MA support/resistance and trade signals, and at other times, it shows these indicators no respect. One major problem is that, if the price action becomes choppy, the price may swing back and forth, generating multiple trend reversal or trade signals. When this occurs, it’s best to step aside or utilize another indicator to help clarify the trend. The same thing can occur with MA crossovers when the MAs get tangled up for a period of time, triggering multiple losing trades.