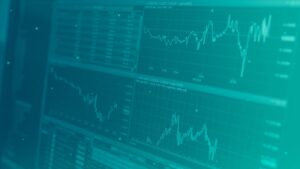 Standard deviation is a statistical term that measures the amount of variability or dispersion around an average. Standard deviation is also a measure of volatility. Generally speaking, dispersion is the difference between the actual value and the average value. It is an indicator that measures the size of recent price moves of an asset, to predict how volatile the price may be in future. Standard Deviation is typically used as a component of other indicators, rather than as a stand-alone indicator. For example, Bollinger Bands are calculated by adding a security’s Standard Deviation to a moving average. So, how to use standard deviation in technical analysis? Let’s find out below.

As we already know the standard deviation meaning, let’s move on to the question of how to calculate it. First, the mean value is calculated by adding all the data points and dividing by the number of data points. Next, the variance for each data point is calculated by subtracting the mean from the value of the data point. Each of those resulting values is then squared and the results summed. The result is then divided by the number of data points less one. The square root of the variance is then used to find the standard deviation.

So, what is the formula of the standard deviation in statistics? It looks a bit tricky:

Standard deviation is an especially useful tool in investing and trading strategies as it helps measure market and security volatility and predict performance trends. Using the probability distribution models allows you to create many trading strategies, but the most common use of the standard deviation indicator is to predict price reversals based on the principle of reversion to the mean. Retracement to the average is basically the principle on which oscillators like the Relative Strength Index are constructed. It argues that each deviation from the mean must be followed by a return to the same so that the overall distribution of prices fits the standard distribution.

Standard deviation is considered as one of the most reliable indicators available to traders, but under certain conditions. In trending markets where volatility is moderate and price oscillation is concentrated around the middle of the range, the standard deviation indicator is one of the best tools you would find. Many of the methods hedge fund operators and bank analysts use are strongly dependent on normal distribution patterns.

For the standard deviation example, if a stock is oscillating between $127 and $137 for an extended period of time, with much of the movement bound in the middle of the range, you can trade the pattern by assuming mean regression on the basis of standard distribution. Conversely, if prices are clustered at the edges of the same range, for example, around $136, or $128, the probability distribution of the prices may not be standard and using the standard deviation indicator for trading while assuming mean regression may be disastrous.

This is really important because it is one of the main drawbacks when trading moving averages in general as well. The average of prices will be the same in both a pattern where prices are concentrated predominantly at the edges of the range and one where they are focused in the middle. However, these two patterns obey completely different rules. Therefore, you shouldn’t apply the same mean regression strategy based on a single basic reading of market movement. You need to first analyze the distribution of prices, the range and the long-term trend in which they exist in order to apply the standard deviation indicator correctly.