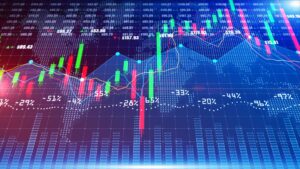 Price action is among the most popular trading concepts. A trader who knows how to use price action the right way can often improve his performance and a way of looking at charts significantly. However, there are still a lot of misunderstandings circulating that confuse traders and set them up for failure. In this article, we’ll explain everything you have to know about the PA. Let’s start.

What is price action? – definition

The price action is a form of technical analysis of the basic movements of the price, to generate signals of entry and exit in trades. It stands out for its reliability and for not requiring the use of indicators. In that case, is price action in technical analysis? Absolutely. It is a form of it, because it ignores the fundamental factors of a security and looks primarily at the security’s price history. What differentiates it from most forms of technical analysis is that its main focus is the relation of a security’s current price to its past prices as opposed to values derived from that price history. This past history includes swing highs and swing lows, trend lines, and support and resistance levels.

At its most simplistic, price action attempts to describe the human thought processes invoked by experienced, non-disciplinary traders as they observe and trade their markets. It is readily observed in markets where liquidity and price volatility are highest, but anything that is bought or sold freely in a market will per se demonstrate price action.

A price action trader observes the relative size, shape, position, growth (when watching the current real-time price) and volume (optionally) of the bars on an OHLC bar or candlestick chart, starting as simple as a single bar, most often combined with chart formations found in broader technical analysis such as moving averages, trend lines or trading ranges. Many short-term traders rely exclusively on price action and the formations and trends extrapolated from it to make trading decisions.

Since price action trading is an approach to price predictions and speculation, it is used by retail traders, speculators and even trading firms who employ traders. It can be used on a wide range of securities including equities, bonds, forex, commodities, etc. Experienced traders, who follow price action trading keep multiple options for recognizing trading patterns, entry and exit levels, stop losses and related observations. Having just one strategy on one (or multiple) stocks may not offer sufficient trading opportunities. Most scenarios involve a two-step process:

Price action trading is better suited for short-to-medium term limited profit trades, instead of long term investments. Swing traders and trend traders tend to work most closely with price action, focusing solely on support and resistance levels to predict breakouts and consolidation. Even these traders must pay some attention to additional factors beyond the current price, as the volume of trading and the time periods being used to establish levels all have an impact on the likelihood of their interpretations being accurate.

Let’s move on to the reversal price patterns. The one, which is considered the most successful is called the triple top/bottom pattern. The triple top is defined by three nearly equal highs with some space between the touches, while a triple bottom is created from three nearly equal lows. Generally, the wider the gap between touches the more powerful the pattern becomes. The pattern is complete when price breaks below the swing low points created between the highs in a triple top, or when price breaks above the swing high points created between the lows in a triple bottom.

Is price action better than indicators?

Price action analysis is the use of the natural price movement of a market to analyze and trade it. This means, you are making all of your trading decisions based purely on the price bars on an indicator-free price chart. So, if you are interested in price action learning, the first thing you need to do to apply price action in Forex market is to strip your charts of all indicators and get a “clean” price chart with only the price bars/candlesticks.

Now let’s answer the question above. All indicators are derived from price movement anyways, so if we have a solid method to trade based only on price movement (price action analysis), it only makes sense that we would use that instead of trying to analyze messy secondary data. Many experienced traders are basing their strategies only on PA and fundamental analysis.

If you are taking the first into the trading world, you will probably come across many different indicators designed to tell you what the trend of a market is. However, the most time-tested and trusted way for determining a market’s trend is simply to look at the daily charts and analyze the market’s price action by looking for useful PA patterns.