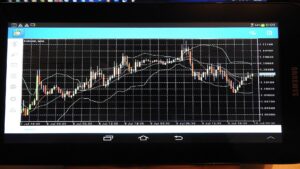 Pivot Points are often used by traders in equity and commodity exchanges. There are one of the most widely used technical analysis indicators in both day trading and swing trading. The tool provides a specialized plot of support and resistance levels intended to find key turning points in the market. These potential support and resistance levels can be used by traders to determine entry and exit points, both for stop-losses and profit taking. Moreover, they are really easy to interpret and use. What are the Pivot Points in technical analysis, how to calculate and use them? We’ll find out below.

In financial markets, the Pivot Points are price levels that are used by traders as possible indicators of market movement. A Pivot Point is calculated as an average of significant prices (high, low, close) from the performance of a market in the prior trading period. If the market in the following period trades above the Pivot Point it is usually evaluated as a bullish sentiment, whereas trading below the Pivot Point is seen as bearish. It is customary to calculate additional levels of support and resistance, below and above the pivot point, respectively, by subtracting or adding price differentials calculated from previous trading ranges of the market.

A Pivot Point is defined as a point of rotation. You use the prices of the previous day’s high and low, plus the closing price of a security to calculate the Pivot Point. So, how do you calculate a Pivot Point?

You can then calculate support and resistance levels using the Pivot Point. To do that you will need to use the following formulas:

The second level of support and resistance is then calculated as follows:

And the third level of support and resistance:

For stocks, which trade only during specific hours of the day, use the high, low, and close from the day’s standard trading hours.

In 24-hour markets, such as the forex market in which currency is traded, Pivot Points are often calculated using New York closing time (4 p.m. EST) on a 24-hour cycle. Since the GMT is also often used in forex trading, some traders opt to use 23:59 GMT for the close of a trading session and 00:00 GMT for the opening of the new session.

While it’s typical to apply Pivot Points to the chart using data from the previous day to provide support and resistance levels for the next day, it’s also possible to use last week’s data and make Pivot Points for next week. This would serve swing traders and, to a lesser extent, day traders.

Pivot Points trading – everything you need to know

As we already know the Pivot Points meaning and how to calculate them, let’s move on to the question – how to use them? The Pivot Point itself is the primary support and resistance when calculating it. This means that the largest price movement is expected to occur at this price. The other support and resistance levels are less influential, but they may still generate significant price movements.

Pivot Points can be used in two ways. The first way is to determine the overall market trend. If the Pivot Point price is broken in an upward movement, then the market is bullish. If the price drops through the Pivot Point, then it is bearish.

The second method is to use Pivot Point price levels to enter and exit the markets. For example, a trader might put in a limit order to buy 100 shares if the price breaks a resistance level. Alternatively, a trader might set a stop loss order at or near a support level.

The success of a Pivot Points’ System lies squarely on the shoulders of the trader and depends on their ability to effectively use it in conjunction with other forms of technical analysis. These other technical indicators can be anything from a MACD to candlestick patterns, or using a moving average to help establish the trend direction. The greater the number of positive indications for a trade, the greater the chances for success.

Pivot Points on stock charts – is it a useful indicator?

Pivot Points are an intraday indicator for trading futures, commodities, and stocks. Unlike moving averages or oscillators, they are static and remain at the same prices throughout the day. This means traders can use the levels to help plan out their trading in advance. For example, they know that, if the price falls below the Pivot Point, they will likely be shorting early in the session. If the price is above the Pivot Point, they will be buying. S1, S2, R1, and R2 can be used as target prices for such trades, as well as stop loss levels.

To sum up, Pivot Points are a great way to identify areas of support and resistance, but they work best when combined with other kinds of technical analysis. As with all indicators, they should only be used as part of a complete trading strategy.