Overtrading and the risks associated

Overtrading and the risks associated 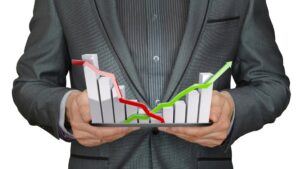 Many inexperienced traders have problems with controlling the emotions and rational thinking when buying and selling assets. Unfortunately, not sticking to the trading plan may result in unsound practices such as overtrading. There are several risks and dangers that we have to be aware of, when it comes to overtrading. What is overtrading in Forex? Let’s find out below.

Overtrading what it means? It refers to excessive buying and selling assets. An individual trader, whether working for themselves or employed on a trading desk by a financial firm, will have rules about how much risk they can take, including how many trades are appropriate for them to make. Once they have reached this limit, to continue trading is to do so unsoundly. While such behavior may be bad for the trader or bad for the firm, it is not regulated in any way by outside entities.

For trading brokers, overtrading may hold serious consequences, as they are regulated bodies. A broker overtrades when they excessively buy and sell stocks on the investor’s behalf merely with the outcome of increased commissions. It is a prohibited practice under securities law. Investors can observe that their broker has been overtrading when the frequency of their trades becomes counterproductive to their investment objectives, driving commission costs consistently higher without observable results over time.

As we already have overtrading defined, let’s move on and explain what causes it. In the hopes of increasing returns of a trading capital, a trader may open many positions all at once. Many factors and situations can push a trader to overtrade. One is the lack of a solid trading plan. When a trader doesn’t have a clear and definite strategy for entering and exiting a trade, he will see many opportunities and he’ll try to ride on it; and cash in on every seemingly “good opportunity” that presents itself. Without a solid strategy to guide, it could result in a massive heartbreak for such traders.

Another common reason is that traders can get sucked in all the hype and emotions of the moment. For example, there might be a positive outlook on a certain stock that caused traders to go on a buying spree. A trader who sees much of the buying action may want to get on the bandwagon and open a long position; risking bulk of his trading capital on just one trade in the process. However, without much foresight, he could only get overexposed to risk with just that one trade and without any proper money management plan, his account could go down the drain should he happen to buy when the stocks were about to go down south.

Individual traders also often overtrade after they have suffered a significant loss or a number of smaller losses in an usually long losing streak. To recoup their capital, or to seek “revenge” on the market after a string of losing trades, they may try harder to make up profits wherever they can, usually by increasing the size and frequency of their trades.

Overtrading in one’s own account can only be curtailed by self-regulation. Below are some common forms of overtrading that investors may engage in, and begin informed about each can lead to better self-awareness:

What are the dangers of overtrading?

The over the counter trading risks may bring terrible consequences to our trading achievements. The most common one is of course capital loss. Often traders commit the mistake of opening many positions in the belief of hitting the jackpot on some of those trades. However, the sad reality is, most of these trades will result in the opposite – losses instead of gains. That’s why common sense would tell us that it’s always better to go for moderate yet consistent returns; rather than go for the jackpot in one go and expose yourself to greater trading risks.

Another one of the overtrading effects is an over-leveraging of the account. One of the advantages of being a day trader is you can trade on a margin – that is, you can trade up to twice or four times your money’s worth. It’s an advantage that can sometimes go against a trader as well. And it’s a lot worse than losing your capital; this time, should you incur losses on your margin trades, you have to pay back whatever you owed your broker. It’s a situation nobody would ever want to go through.

The last of the most common risks of overtrading is getting too emotional. Due to overtrading, traders can go through severe frustration, anger and panic the moment they experience losses and bad calls in their trades. And we all know what these emotions can do even to the best of traders. When a trader is not in his right mind frame, he’ll just expose himself to more risk since bad calls would pile up – one after the other.

How to prevent from overtrading?

There are some steps traders can take to help prevent overtrading. First of all, they should exercise self awareness. Frequent assessments of trading activity can reveal patterns that suggest an investor may be overtrading. For instance, a progressive increase in the number of trades each month may be a telltale sign of the problem.

Taking a break from trading might be extremely helpful as well. Taking time off from trading allows investors to reassess their trading strategies and ensure they fit their overall investment objectives.

Also adding rules to enter a trade can prevent investors from placing orders that deviate from their trading plan. Rules could be created using technical or fundamental analysis, or a combination of both. For example, an investor might introduce a rule that only allows them to take a trade if the 50-day moving average has recently crossed above the 200-day moving average and the stock pays a yield greater than 3%.

Furthermore, traders who exercise strict position size management tend to outperform those who don’t regardless of the systems or time frames being traded. Managing risk on individual trade will also diffuse the likelihood of a large draw down, in turn reducing the psychological pitfalls that come from such circumstances.