What is Fundamental Analysis

What is Fundamental Analysis 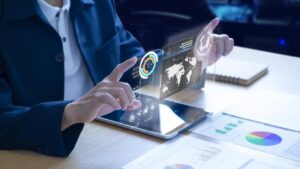 Fundamental analysis is the method of evaluating an instrument in an attempt to measure its intrinsic value. Fundamental analysis focuses on forecasting future market trends and currency exchange rates based on the current macroeconomic data, local government policies and many other social factors. As an example, information that will be of interest for a fundamental analyst can be as follows: government fiscal and monetary policy; the balance of trade surplus or deficit; consumer confidence; statistics published by the government (GDP, interest rates, inflation); employment rates in particular sectors of the economy.

Forex fundamental analysis is not much different compared to fundamental analysis for the purposes of stock or indices trading. Instead of a particular stock or stock index, fundamental analysis on Forex evaluates the economic conditions of the country (or countries) of the particular currency, its interest rates, internal political situation, economic reports, and the situation of the countries with which it interacts, on which it depends in commercial terms, or with which it has some conflict. Having all this data, the analyst tries to obtain a value for the evaluated currency and compares it with the current price to determine if it is devalued or overvalued.

A popular way to apply Forex fundamental analysis in real trading just after crucial economic reports are released. In order to be able to trade on news, traders focus primarily on interest rates, inflation reports and unemployment-related reports. If immediate action is taken based on certain conditions in these reports, gains can be 30, 50 or even 100 pips in a matter of minutes.

A good fundamental analysis example would be the US NFP (Non-Farm Payroll) report. This data shows the jobs created in the reported month in the United States of America and is an indicator of the country’s economic situation. If the reported figure is better than expected, it is very likely that the USD will appreciate and traders will be selling – looking for short positions on pairs such as the EUR/USD or GBP/USD. Conversely, traders will be going long – buying pairs such as USD/CAD, USD/CHF or USD/JPY.

Fundamental analysis of commodities and goods is somewhat similar to fundamental Forex analysis. It evaluates the different economic conditions of the country producing such material, global supply and demand, the political situation, rules, laws and regulations with respect to that good. In certain cases, such an analysis involves currency analysis as well. This is because it is very likely that a commodity is produced by more than one country, so the value of the currencies of each producer comes into play. It is also possible that a transnational company is one of the main consumers of the raw material being analysed and depending on the financial condition of this company the price of the raw material may be affected. That said, such a company must also be evaluated as well.

Finally, the climate and the time of year greatly influence fundamental analysis. For example, if the main corn producer faces droughts, the price would probably be affected; or if the winter is longer than normal or much harsher, price of gas would probably increase as a result of growing demand.

Why is fundamental analysis popular?

Billionaire Warren Buffett is probably the one behind the popularity of fundamental analysis. It is well known that Buffett has made his fortune by selecting companies to invest in based on the fundamental stock analysis. Buffett can talk thousands of things, give interviews, give opinions, comment on the global situation, and perhaps even see the charts almost like a technical analyst, but it’s clear he never loses sight of the fundamental value shown in financial statements and real economic reports.

As for the fundamental analysis of Forex market, its popularity is due to the fact that many traders take advantage of news trading. This means that they open positions as soon as the economic reports of each country or each central bank come out. They are clear about what to do according to each scenario and simply wait for the figure to start their strategy. Other fundamental analysis investors on Forex market open long terms positions based on the particular currencies being overvalued and undervalued. If their analysis is correct they will profit thanks to the market eventually changing the trend in the direction of the positions they opened.